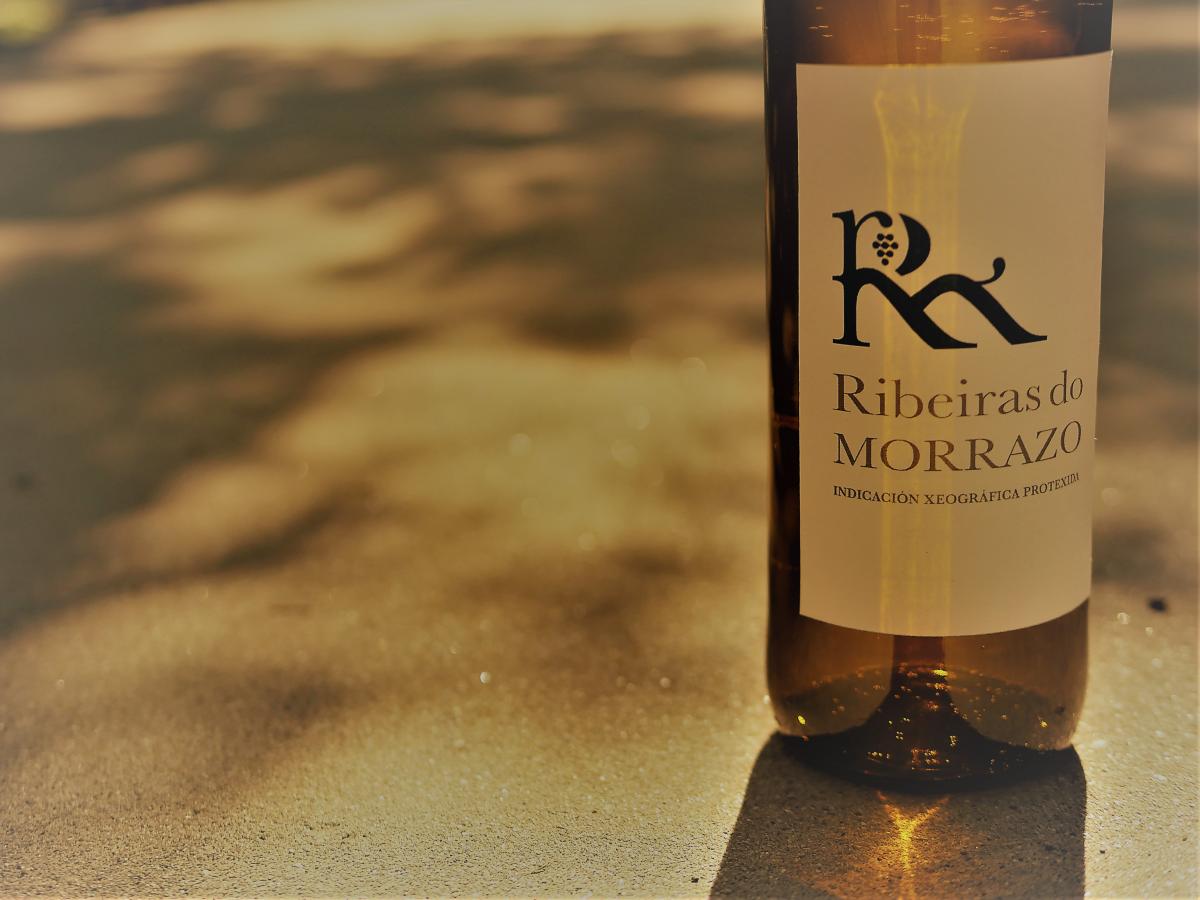 Name to be protected

Description of the wines

They are white and red wines that comply with category 1 of Annex VII, part II of Regulation (EU) 1308 / 2013. At the time of their placing on the market, wines will have the following characteristics:

The wines obtained are fresh and soft on the palate, clean, bright with frank aromas in which the characteristics of the raw material from which they come are appreciated, with moderate alcoholic graduations, with floral and fruit aromas and, finally, with good and balanced acidity. White wines will have powerful aromatic intensity and red wines well covered in visual phase.

The collection of the grape will be made in vintage boxes or other containers authorized by the competent authority. The maximum yield in wine making will be 68 liters per 100 kg of grapes.

Demarcation of the geographical area

The wines covered by the protected geographical indication Ribeiras do Morrazo must come exclusively from vineyards in the production and processing area, constituted by the land suitable for grape production, below 300 m altitude, from the municipal districts of Bueu. , Cangas, Marín, Moaña, Poio, Pontevedra, Redondela and Vilaboa. These vineyards must be registered in the wine register. The territory of this geographical indication and its location in Europe are recorded graphically in Annex I of these specifications.

The wines will be elaborated exclusively with grapes of the following varieties:

Link with the geographical area

Within the enormous climatic heterogeneity that Galicia presents as a consequence of the direct marine influence and the relief of the territory, the protected zone presents a clearly determined climate that we can classify as oceanic-humid. Within the zone, almost the total surface dedicated the cultivation of the vineyard is below 150 m asl, located in the coastal area (Peninsula del Morrazo and bottoms of the Rías de Pontevedra and Vigo), in hillside terrains, with gentle slopes and orientations protected by the reliefs of the ridge del Morrazo, the Sierra de Castrove to the north, the elevations towards Sierra del Suído in the east and the Sierra del Galiñeiro in the south, which exert an important barrier effect on the penetration of ocean winds, which represents the ideal conditions for an area of great agricultural productivity. The agricultural region in which the wines of the protected geographical indication Ribeiras do Morra are produced zo enjoys about 2100 hours of sunshine a year and mild temperatures with reduced thermal amplitude in the vegetative period, between 7.3 ºC and 25.7 ºC, with high temperatures in the winter period (above 9º of average temperature in the month of January), with a practical absence of frost and with precipitations that are between 1,300 and 1,800 mm, to which must be added the orientation of the mountain ranges mentioned above that produces a summer weakening of rainfall, which when combined with relatively high temperatures in the same period, they cause high values ​​of evapotranspiration (between 600 and 800 mm in the year) and consequently, a marked Mediterranean influence in this period, with average temperatures around 18ºC, which clearly benefits the vineyard cultivation. Most soils are moderately acidic, permeable, with low water retention capacity and with little organic matter content in its most superficial layer. They are, in their majority, old soils, with sufficient depth and well warmed by insolation, which makes them suitable for cultivation.

Indicate the soils in sandy areas and dunes in the parish of O Hío in Cangas do Morrazo, which makes them especially unique among the enormous diversity of Galician viticultures, and by extension of the European ones. The lithological substrate is constituted for the most part by outcrops granitic of the Hercynian period and sedimentary rocks scarcely metamorphosed. The proportion of coarse elements is moderate, which produces high permeability and ease of tillage, presenting a light texture, being the most common frank or sandy loam, with good drainage and suitable aeration. These soils are also loose and moderately acidic, especially on slopes of low slope, proving favorable for the achievement of excellent qualities. The prestigious French geographer Huetz de Lemps in his work Vignobles et vins du Nord-Ouest de l'Espagne (1967) points out the first documentary references of the vine dating from the thirteenth century, and in the fifteenth century the s first regulations on restrictions on the production and marketing of wine. Mention may be made of the decisive participation of religious orders such as the Priory of Marin, which was dependent on the Benedictine monastery of Oseira, as well as the monastery of Melon and others; also noteworthy is the role of the villas such as Redondela and the regulations that they publish to protect local wines in the 16th century; and the role of ports with a commercial vocation such as that of Cangas, guilds like the Mareantes de Pontevedra, together with other estates typical of those times. Over time, several local regulations were consolidated in order to protect the markets of the wines made in the territory, which gave rise to the background of the small taverns and "furanchos", forming the typical identity of the Morrazo wine regions and the bottoms of the estuaries of Pontevedra and Vigo and that is still recognizable today. The evolution of vine cultivation in the Morrazo had an increasing expansion since the Middle Ages, possibly reaching a historical maximum around 1660.

Then , the greater demographic pressure and the economic situation would make the vines were giving way to cereals, especially corn. It seems that this evolution was also influenced by price fluctuations. It seems that in the second part of the eighteenth century there is a recovery to get 10% of the agricultural productive area to subsequently decrease something. Not everyone had vines, in some places it did not exceed 20%, in others such as O Hío they reached 50%. The opening of taverns in the area was subject to auction and subject to special taxes, it was also necessary to sell local wine before the outside. It is known that there was a certain higher valuation of the wines from areas exposed to the south, towards the Ría de Vigo compared to those that were towards the Ría de Pontevedra. The wines of O Hío (white) and Cela (red wines) were still very famous. ); Vilaboa benefited from being a very sheltered area of ​​the west winds and oriented to the south so that its wines reached good graduation. In an evaluation made in the 70s by Xosé Posada in his book on Galician wines (Os Viños de Galicia, Ed. Galaxia, 1978), he predicted a favorable future for wines from this area.

The social context of viticulture is similar Atlantic of this territory, the diversity of elaborated wines is undeniable, diversity that is supported by the wide range of autochthonous varieties, and in the fame of certain areas such as O Hío, Cela, Ardán, Redondela, Combarro, Moaña, Salceda, etc; and also in the different locations due to the orientations of the slopes and the soils. All this makes that different wines are characterized that are recognized in the atlanticity of the landscapes of the estuaries and with equal importance for the white and red wines. In the year 1979 an Order is published in the Official State Gazette by which " regulates the use of indications regarding the quality, age and aging of the wines ". This order indicated the possibility of availing itself of the indication "Quality Wine" both to wines from "wine regions defined by Decree 835/1972, related in Annex 1" as well as to "wines from wine-growing regions" determined located in the regions referred to in section b, which are listed and delimited in annex number 2 of this Regulation ". Also recommended and complementary varieties are defined for these regions. In that order appears in the annex 2 the region "Fund of Ría de Vigo and Morrazo" with the municipalities of Bueu, Cangas and Soutomaior.At that time they were accepted as recommended varieties Albariño and Treixadura, and as complementary Brancellao, Caíño, Espadeiro, Loureiro, Palomino and Torrontés, the wines had to reach a minimum graduation of 9 grades in reds and 9.5 in whites.In 1986

In the year 1986 the Xunta de Galicia elaborates the "Program of Quality of the Galician Wines", where it is mentioned to the region of wines of quality of Bottom of the Ría de Vigo (that also included city councils of the Morrazo), as it established the ministerial order of 1979. Although there are antecedents of attempts to request an indication of quality for the wines of this area, it will not be until April 2012, when the I Forum of the Morrazo Wines was held and afterwards the I Sample of the Wines of Vilaboa, when the process that gave rise to the demand that justifies the elaboration of this list of conditions is triggered.

They are wines that must maintain freshness, softness, both in color and aroma and flavor, in addition to a balanced alcoholic graduation. The white wines present bright golden yellow tones, with outstanding floral and fruit aromas, light and fresh mouth, good potential Aromatic and with citrus touches at the end. The red wines present a middle layer with red pillory tones and violet tones, medium structure and smooth passage with aromas of red and wild fruits with a slightly tannic final touch.

The registration of this protected geographical indication is based both on the specific characteristics of the product, clearly linked to the natural environment of production, and on the reputation it has achieved, basically in the Galician market. The wines produced according to the prescriptions of this document are: A faithful reflection of the effects of thermopluviometric and agronomic conditions for quality vitiviniculture of the Atlantic coast, to which must be added the effect of the human factor that is specified in the proper adjustment of native varieties, the implantation of vines in areas of good quality. exposure with hot and permeable soils, or in unique conditions such as sand and dune soils or those of granitic rock slopes, characteristic of this geographical area. The traditional conduction and pruning systems tended towards low-density vineyards with high densities in order to expose themselves better to maritime influences. All these conditions tend to confer to the wines produced in this region balance and harmony, excellent aromatic expressions and good conservation characteristics.

The following requirements are established for operators:

Requirements for processing and bottling:

Competent authority for the execution of controls.

Name: Institute of Food Quality (INGACAL) The INGACAL is a body of public law, dependent on the Ministry of Rural Environment of the Xunta de Galicia, responsible for checking compliance with the specifications.

INGACAL verifies that the processors carry out chemical analyzes of all the wine batches to verify that they meet the requirements established in point 2 of this specifications.

INGACAL provides back labels with a specific coding for each bottle of each item destined to be marketed with the protected geographical indication RIBEIRAS DO MORRAZO that meets the established parameters. The items that do not meet the analytical characteristics of point 2 of this specifications will not obtain the back labels and may not be marketed under the name of the protected geographical indication.

The INGACAL verifies that the operators have the capacity to meet the requirements of the specifications of conditions. In particular, it verifies that the processors have a self-control and traceability system that allows to certify the specifications regarding: origin of the grape, varieties used, yields of production, yields of wine elaboration on the amount of grape and analysis of the parameters productos. 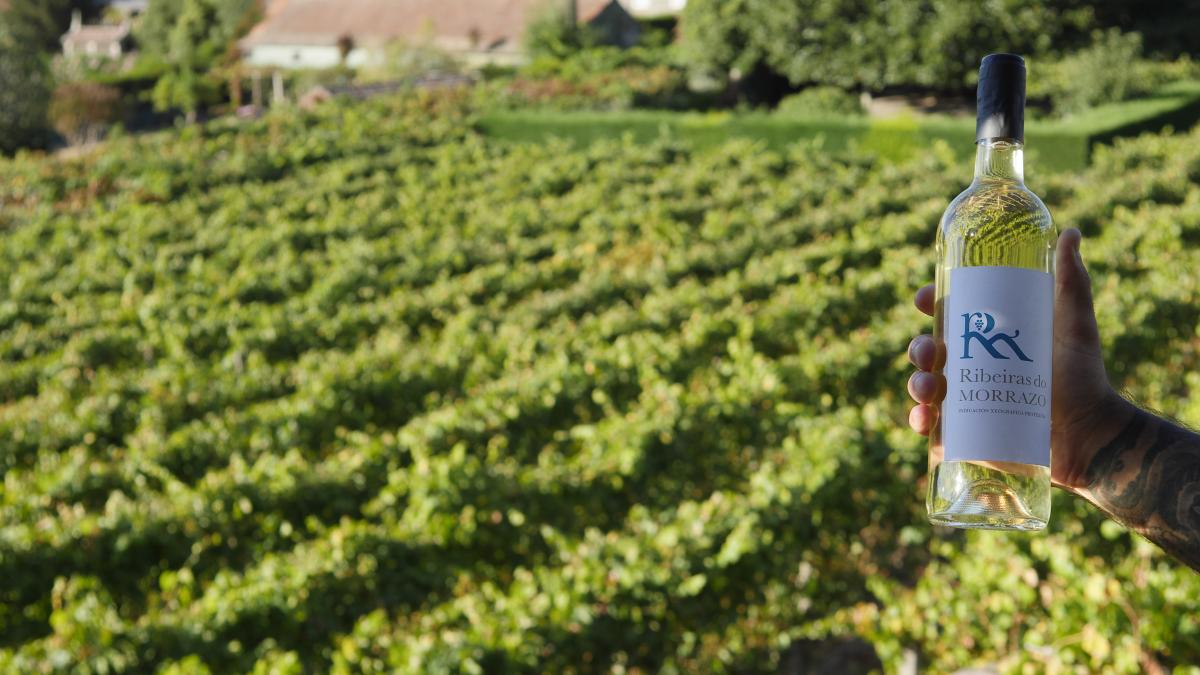 INGACAL, by taking samples, verifies that the wine marketed under the geographical indication meets the specifications established in point 2, properly uses the assigned label and the other conditions that are included in these specifications are met.

The INGACAL carries out systematic controls of the self-control systems of the operators that elaborate or market wine under the protection of the protected geographical indication with the following objectives:

Random controls
The INGACAL makes random controls to check the traceability of the items and compliance with the analytical parameters.